Ontario’s plan to overhaul its controversial new home warranty program is coming under fire from critics who warn there are not enough specific proposals in it to fix a system the government itself calls “broken.”

“We heard from the Auditor-General that Tarion was broken and needs nothing less than an overhaul. That is absolutely what we’re committed to doing,” Lisa Thompson, Ontario’s Minister of Government and Consumer Services, said in an interview.

Ms. Thompson introduced Bill 159, Rebuilding Consumer Confidence Act on Dec. 5. The act would allow the minister to appoint new members of the board to Tarion, an arms-length corporation created by the province in 1976 to perform crucial regulatory functions in the home-building industry.

Tarion has been the subject of two government investigations in the past three years that raised concerns the authority favoured the construction industry over consumers and was often slow and ineffective at handling complaints over shoddy work.

“You need to recognize, this legislation is actually enabling consultation [between stakeholders and Tarion]," Ms. Thompson said. "And when it comes to dispute resolution, I can’t wait to be hearing from people in terms of disputes that resolved incredibly well so we can learn from best practices.

Ms. Thompson noted that the ministry has already announced it is stripping Tarion of its new home construction industry regulatory powers and transferring those functions to a new agency (expected to begin operation in late 2020). In the interim, the ministry has required Tarion to publish more information about builder track records, particularly in the pre-construction condominium market that has in recent years been beset by a rash of cancellations and delays.

“I don’t know why there would be more need for consultation,” said the Tom Rakocevic, the Official Opposition NDP critic on the Tarion file. “This government has an opportunity to fix a serious wrong and they seem to be dragging their feet.”

Mr. Rakocevic has introduced a private members bill pushing for a multiprovider model for home warranties (such as exists in British Columbia) – which was a key recommendation of the 2017 report on Tarion by Justice Douglas Cunningham – and also for an outside administrator to take over Tarion to implement the changes called for in Auditor-General Bonnie Lysak’s 2019 special audit of the Tarion Warranty Corp.

In her audit, Ms. Lysak found that a Tarion policy that required homeowners looking to report defects in the first year of ownership had two 30-day windows (one at the beginning of the year and one at the end) to submit their claims. Ms. Lysak reported that between 2014 and 2018 Tarion rejected 9,700 homeowner requests because those arbitrary deadlines were missed, in 1,300 cases they were missed by a single day.

“That was a practice that did not work and is unacceptable,” said Ms. Thompson, but rather than legislate an end to such practices, she says she is asking Tarion’s leadership to look on implementing 29 of the AG’s 32 requests for action.

On Dec. 3, Tarion announced that its long-time chief executive officer, Howard Bogach, who earlier this year was revealed to be earning close to $760,000 in salary and benefits, would be retiring as of Dec. 31. On Dec. 5 Tarion announced as new acting CEO Peter Balasubramanian, a lawyer who has been with Tarion since 2004 serving as a senior counsel, and more recently as vice-president of warranty services for six years prior to his elevation to chief operating officer in May, 2019.

Tarion declined to make Mr. Bogach available for media interviews and said Mr. Balasubramanian was too busy to talk to reporters.

“If the very people who created this problem and enabled this problem are now responsible for fixing it, that’s not credible,” said Barbara Captijn, a consumer activist who has urged reforms of Tarion.

Ms. Thompson vowed her personal attention to the reforms and said that Tarion also needed continuity of leadership to manage the more than 300,000 existing home warranties.

“We asked for the CEO to step aside. … I’ve been very clear that we are overhauling the new home warranty program. I won’t accept anything less,” Ms. Thompson said.

That said, she says consultations with industry stakeholders – insurers, builders, homeowners, and others – convinced her the multiprovider model wasn’t appropriate.

“We need to make sure whatever model we go forward with we don’t increase costs to new home buyers. We cannot allow hurdles that would increase costs for small builders,” she said. Ms. Thompson claimed that 80 per cent of the 5,500 registered Ontario home builders are small – building 10 or fewer homes a year – and cannot afford increased costs.

There were 63,009 new homes built in Ontario in 2018 (53 per cent were condominiums) and Ms. Thompson’s office later clarified that small builders account for less than 25 per cent of those new homes.

Ms. Somerville, who has been working on homeowner issues for 15 years, said she believes Tarion is beyond saving. She noted that even now new homeowners are entering into that still-broken system, with months if not years to go before the ministry’s plans come to fruition. Already this winter, she has heard new complaints from Ontario homeowners with no heat or water who can’t get any help from Tarion.

“Until it happens to you, you believe this can’t happen in a country like Canada. Even when you have a home with Ontario Building Code violations you’re in for a long-haul – it’s usually a multiyear fight, if you’re lucky,” she said.

Editor’s note: (Jan. 17, 2020): An earlier version of this article incorrectly referred to the Rebuilding Consumer Confidence Act as Bill 169, when it is in fact Bill 159. 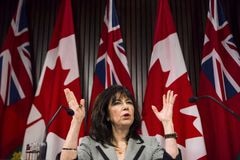 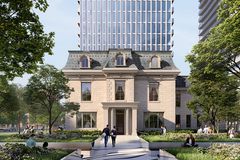 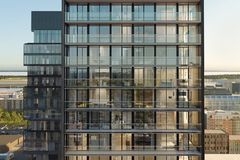