The question: A few of my married female friends have been told by their doctors to get the Gardasil 9 vaccine to prevent cervical cancer. We’ve all heard about the benefits of teens getting vaccinated, but it’s news to me that older people might need it. Should I get it, too?

The Answer: It’s certainly true that there’s been a big push to inoculate adolescents before they become sexually active. But the vaccine isn’t only for teens.

An infection can cause cellular changes that may lead to cervical cancer and other tumours affecting both females and males.

However, for maximum effectiveness, you need to be inoculated before exposure to the virus. That’s why the provinces offer free HPV shots to youth, starting around the age of 11 or 12.

Although eligibility for a publicly funded shot is limited to young people, “it’s never too late to vaccinate for HPV,” says Nancy Durand, a gynaecologist at Sunnybrook Health Sciences Centre in Toronto.

The vaccine is typically delivered in three separate injections over a period of six months (those under 14 get two shots). Each shot costs about $200. Many private insurance plans will cover the bill.

Durand says that Canada’s National Advisory Committee on Immunization “places no upper age limit on this vaccine, regardless of whether you have had a past history of exposure.”

About 75 per cent of Canadians will be infected with at least one type of HPV at some point in their lives. But it’s extremely unlikely that someone will have been exposed to all types of the virus covered by Gardasil 9. That means the vaccine can still provide protection against the types of HPV that an individual has not yet encountered.

Even so, why would older people in long-term monogamous relationships need the vaccine? After all, you might think, they are not being exposed to new types of HPV.

Unfortunately, that might be wishful thinking, Durand says. “You may be monogamous as far as you know. But you don’t always know what your partner is doing. New HPV exposures may be happening without your knowledge.”

Yet even if you are monogamous now, one sobering statistic tells us that more than 50 per cent of marriages end in divorce. The death of a spouse will also leave a person single.

So there are various reasons why people seek new partners later in life and may encounter certain types of HPV for the first time.

Of course, not all HPV infections result in a cancer or persistent genital warts. The immune system has the ability to inactivate the virus or eradicate it entirely from the body. “The clearance rate for this infection is close to 80 per cent in patients under the age of 30,” Durand says.

But as we grow older, the immune system becomes less effective at keeping the virus in check. It’s possible that an inactive infection can become active again, leading to abnormal cells that may progress to cancer.

For reasons that are not fully understood, women seem to have a better ability than men to clear HPV from their bodies, Durand says.

Aside from shielding us from new HPV exposures, continuing research suggests the vaccine may also provide some help against existing infections, says Marc Steben, chair of the Canadian Network on HPV Prevention.

In particular, several studies have looked at women who have been treated for abnormal or “pre-cancerous” cells discovered through cervical-cancer screening – known as the pap test.

The women who received HPV vaccination during their care were less likely to have the abnormal cells reappear and to require further treatment, compared with those who didn’t get a shot.

This suggests the vaccine “should be part of the treatment plan to prevent recurrence of infection,” Steben says.

Despite the potential benefits of the HPV vaccine, many doctors don’t recommend it to their patients. They often assume their patients are either monogamous or will balk at the price.

Durand believes patients should at least be informed of the option so they can decide for themselves.

Paul Taylor is a Patient Navigation Advisor at Sunnybrook Health Sciences Centre. He is a former Health Editor of The Globe and Mail. Find him on Twitter @epaultaylor and online at Sunnybrook’s Your Health Matters. 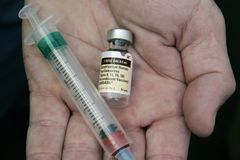 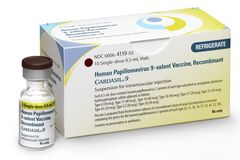 Why screening for cervical cancer isn’t the same across Canada
July 22, 2018 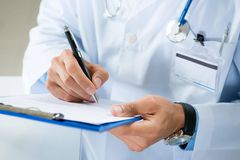