The world is getting louder, and lately, the rising decibel levels have been getting to me.

At first, I thought it was an age thing, this need I have to carve out time each day to sit in silence, turn down the volume in my life, reflect and recalibrate. When the phones in the office ring non-stop, when traffic’s particularly nasty getting home, or when construction next door threatens to drive me mad, I find the quietest corner in the house and check out for an hour, sometimes more, listening to nothing but my own thoughts.

My husband, a social animal, finds it strange. For a time I worried, too. Was I becoming anti-social, a loner? But then, over the holidays, a friend of my son shared with me that he had recently returned from a 10-day silent meditation retreat.

“I was nervous at first, with no cell phone, no computer, no conversation,” he told me. “But within a day or so, I was used to it. By the time I got home I felt a sense of equilibrium I hadn’t felt in years.” He is 26.

I felt vindicated. I had found another person for whom silence had become a beautiful antidote to the craziness of our modern world.

Silence is a precious commodity that is disappearing, according to the World Health Organization, which has been tracking noise levels for over a decade. In its newest guidelines for Europe, it described noise pollution as an “underestimated threat” that hurts our health, contributing to everything from stress to high blood pressure, cardiovascular disease, dementia, diabetes, and of course, hearing loss. This comes at a cost of one million healthy life years – every year – in Europe alone, to the tune of more than €40-billion ($58-billion).

Norman Farb, assistant professor of psychology at University of Toronto, Mississauga, believes that noise can come in different forms: sometimes it is sonic, but sometimes it is also the relentless demands that our increased connectivity places on us.

“In the contemporary world, with its marvels of modern-day technology, it’s not really acceptable anymore not to be in touch,” Farb says. “Young people, especially, have a fear of missing out. The need for silence is a response to this feeling of being overwhelmed by the constant demand for engagement.”

Seemingly in response, a growing contingent of people is actively trying to reclaim quiet time – both by finding more quiet surroundings and by silencing the mind.

In cities around the world, you can now find silent walks, silent spas, silent baths, silent yoga, silent fitness classes and silent cafés (where patrons are asked to use notebooks to communicate). In December, a savvy salon in Britain, Not Another Spa, began offering the first silent haircut, where you opt out of small talk with a stylist. Several apps, such as Hush City, NoiseTube, Noise Score, have been developed to help people pinpoint the quietest corners of the places in which they live. SoundPrint, described as a “Yelp for noise” by its founder, let users grade restaurants, bars and cafés according to their sound level.

And a whole tourism sector – reacting to the general malaise in tourist-infested cities such as Venice and Barcelona – is beginning to sprout up with the likes of Conde Nast, Lonely Planet and National Geographic publishing lists of places where you can escape the din and regroup.

Zurich, for instance, is one of the world’s quietest cities, while Grasslands National Park in Saskatchewan and the Hoh Rain Forest in Olympic National Park in Washington rank among the quietest natural habitats in North America. The Kempinski Hotel Barbaros Bay in Turkey has an adults-only silent beach (no cell phones, no talking), and the Rancho La Puerta spa in Mexico has silent dinners (where the same MO applies). Finland even as has a tourism campaign called “Silence Please” that pitches quiet as a resource as valuable as its fresh water and wild mushrooms. (Helsinki also has a silent Burger King, but it’s said to cater to its notoriously shy citizens who would rather use an app than speak to strangers.)

In his most recent book, Brain Wash: Detox Your Mind for Clearer Thinking, Deeper Relationships and Lasting Happiness, New York Times bestselling author David Perlmutter makes the case that silence is an essential ingredient in maintaining a healthy, happy and well-balanced life.

“It’s not just the decibels that are of concern to modern day society, it’s the noise in the broader sense,” Perlmutter says, “including the demands of digital technologies in our everyday life. I think of silence this way: Every once in awhile you need to turn off the computer and let it reboot.”

An inexpensive and easy solution, he argues in a chapter entitled Quiet Time, is practicing mindfulness and meditation – both surging in popularity. In his book, he cites data from the website PubMed that, before the year 2000, listed fewer than 10 studies a year on mindfulness. Over the next two decades, that number has totalled more than 6,000. In late 2018, the Centers for Disease Control and Prevention released a report on the rise of yoga and meditation among young American adults, finding that from 2012 to 2017, participation in yoga increased 50 per cent, while engagement in meditation more than tripled, from 4.1 to 14.2 per cent.

Meanwhile, some governments and institutions are heeding the call for an improved soundscape. Last year, Toronto City Council green-lit a beefed-up set of noise bylaws; hospitals such as Humber River in Toronto’s west end, are being built to minimize noise in wards. (A stance Florence Nightingale took back in the 1850s when she wrote “Unnecessary noise is the cruelest absence of care.”) In the United States, national park officials have posted signs asking people to talk quietly, such as at Muir Woods National Monument, north of San Francisco, while low-flying air tours are banned over Rocky Mountain National Park, an hour’s drive from Boulder, Colo.

Vancouver-based acoustic ecologist Hildegard Westerkamp says while silence may be on the endangered species list, it is not completely gone. It just depends on how you look at it.

“I don’t know if ‘pure’ silence exists anymore, anywhere in the world,” says Westerkamp, who studies the relationship, mediated through sound, between human beings and their environment. “But I do know taking time out of our crazy days to put yourself in a quiet space – even in the company of other like-minded people – goes a long way in quieting the chatter in our heads.”

For the past 17 years, Westerkamp, who is also a classically trained music composer, has conducted one-hour silent walks through Vancouver and into the surrounding countryside. They happen four times a years – spring and fall – and attract up to 60 people depending on the weather.

“Many people are afraid of silence – find it oppressive or depressive – but the ones who join the walks are comfortable in it or they want to learn how to be comfortable in it. We don’t speak. We listen to the environment and I encourage them to listen to their own thoughts and reactions,” he says. “After the walk, we do an assessment. People tell me they feel a bond with the people in the group – without saying a word. In quiet, we listen to the world around us differently. We get better insight into ourselves and often to the people around us.”

Or, as Farb puts it, “I’m just a little nicer when I create a little silent space for myself.”

In 1905, the Nobel Prize-winning bacteriologist Robert Koch made an ominous prediction: “The day will come when man will have to fight noise as inexorably as cholera and the plague.” He was ignored.

In the past 20 years, however, rising noise levels in cities have been linked to an increase in health problems – heart disease, heart attacks, diabetes, depression and dementia. The statistics are grim enough to make you reach for noise-cancelling headphones.

An article in The Atlantic last November, entitled The End of Silence, reported that the U.S. National Park Service’s Natural Sounds and Night Skies Division, which sends researchers to measure the acoustics of the American outdoors, estimates that noise pollution doubles or triples every 30 years.

Road traffic is by far the largest source of noise pollution in Europe, with WHO estimating it affects 100 million people. Approximately 97 per cent of the U.S. population is exposed to noise from aviation and highways.

The UN predicts that, by 2050, two-thirds of people will live in cities. India is projected to have another 416 million urban dwellers than it does now, with China adding 255 million and Nigeria 189 million.

WHO states that 85 decibels is the highest safe exposure level to noise, up to a maximum of eight hours a day. A car measures 70; a jackhammer 100; a plane taking off 120; the subway 90 to 115 decibels; and a siren 123. In 2018, Dr. Thomas Muenzel, a cardiologist from Mainz University Medical Centre in Germany, told The Guardian newspaper “anything above 60 decibels can increase risk for heart disease” and a litany of other ailments, including loss of hearing.

Guangzhou, China, is ranked as having the worst levels of noise pollution in the world, followed by Cairo, Paris, Beijing and Delhi. Of the 50 cities analyzed in the study called the Worldwide Hearing Index from Mimi Hearing Technologies GmbH, Zurich was found to have the least noise pollution.

Making it easier for people with dementia to stay physically active
December 1, 2019 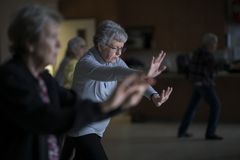 Why sounds of nature might be the best source of meditation
October 31, 2019 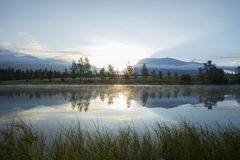 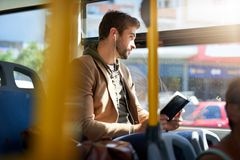