Joshua Boyle acknowledges hitting his wife Caitlan Coleman with a broom after they were freed from captivity in Afghanistan, but says he did it only because she asked to be spanked.

Under crossexamination in Ontario court, Mr. Boyle denied Tuesday that he struck, choked or bit Ms. Coleman in anger while they lived together in Ottawa.

Mr. Boyle, 36, has pleaded not guilty to offences against Ms. Coleman, including assault, sexual assault and unlawful confinement in the period of October to December, 2017.

The incidents are alleged to have taken place after he and Ms. Coleman returned to Canada after five years as prisoners of Taliban-linked extremists, who seized them during a 2012 backpacking trip to Afghanistan.

Mr. Boyle has portrayed Ms. Coleman as unstable, violent and prone to fits. He says he had decided before being released to leave her, but didn’t want their three children born in captivity to associate freedom with immediately losing a parent. As a result, he planned to break off the marriage gradually, initially taking separate vacations before parting ways permanently.

Crown prosecutor Jason Neubauer has accused Mr. Boyle of being obsessively controlling, assaulting his wife on several occasions and prompting her to finally flee their home in stocking feet despite Ottawa’s bitter cold on Dec. 30, 2017.

As Mr. Boyle sat in the witness box, Mr. Neubauer alleged he hit Ms. Coleman with a broom as a punishment in late December, 2017.

Ms. Coleman has testified that Mr. Boyle struck her with the broom for failing to satisfy him sexually.

Mr. Boyle has told the court that hitting her on the backside with the broom was unrelated to anything sexual. He said last week that Ms. Coleman had shoved one of the children, struggled with self-loathing and wanted to be punished.

“She asked to be spanked with the broom. She was worked up and insistent.”

On Tuesday, as Mr. Neubauer tried to pick apart his testimony, Mr. Boyle said his now-estranged wife often made such requests.

“I shrugged and gave her a few half-hearted swats,” he said. “It was not uncommon for her to ask to be spanked.”

Mr. Neubauer said Mr. Boyle hit her out of anger.

Mr. Boyle could not remember how many time he hit Ms. Coleman, but said the swats were not hard enough to be painful and when she indicated any discomfort he stopped. “It was a ceremony, in her mind.”

Asked by Mr. Neubauer what was going through his own mind at the time, Mr. Boyle said he was hoping Ms. Coleman was satisfied with the swatting but that he was generally annoyed by the episode.

“I was tired of indulging her fantasies,” he told the court. “I was looking to get a divorce.”

Mr. Neubauer’s questions were just one element of a painstaking dissection of Mr. Boyle’s testimony that is slated to stretch into Wednesday. 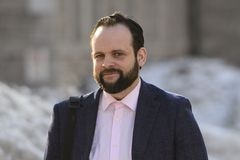 Boyle says he tried to build wife’s self-esteem, not control her
September 6, 2019 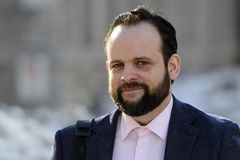 Joshua Boyle says he was concerned about his wife the night she fled their Ottawa home
September 5, 2019 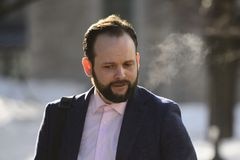 Report an error
Due to technical reasons, we have temporarily removed commenting from our articles. We hope to have this fixed soon. Thank you for your patience. If you are looking to give feedback on our new site, please send it along to feedback@globeandmail.com. If you want to write a letter to the editor, please forward to letters@globeandmail.com.
Comments are closed

We have closed comments on this story for legal reasons or for abuse. For more information on our commenting policies and how our community-based moderation works, please read our Community Guidelines and our Terms and Conditions.