Venezuela removed eight tonnes of gold from the central bank’s vaults last week, and the cash-strapped socialist state is expected to sell the bullion abroad as it seeks to raise hard currency in the face of U.S. sanctions, a lawmaker and one government source said.

With sanctions imposed by Washington choking off revenues from exports by state oil company PDVSA, President Nicolas Maduro’s increasingly isolated administration has turned to sales of Venezuela’s substantial gold reserves as one of the only sources of foreign currency.

The government source said the central bank’s reserves had fallen by 30 tonnes since the start of the year before U.S. President Donald Trump tightened sanctions, leaving the bank with around 100 tonnes in its vaults, worth more than $4-billion.

At that rate of decline, the central bank’s reserves would nearly disappear by the end of the year, leaving Maduro’s government struggling to pay for imports of basic goods.

Venezuela’s central bank and its information ministry responded to requests for comment.

Trump’s administration has declared Venezuela part of a “troika of tyranny” in Latin America, including left-leaning governments in Cuba and Nicaragua. It is seeking to cut off cash flow to Maduro’s government, foster dissent in the armed forces and oust him from power in the OPEC nation.

Asked to comment on the new removal of gold, a U.S. State Department spokesman said, “The United States condemns all attempts by Maduro and his supporters to steal resources from the Venezuelan people.”

“We encourage companies, banks, and other entities, whether in the United States or in other countries, not to participate in the former Maduro regime’s fire sale of Venezuelan resources,” the spokesman said.

Guaido invoked the Constitution in January to assume an interim presidency, saying Maduro’s May 2018 re-election vote was a sham. Maduro has branded Guaido a U.S. puppet and accused him of collaborating with Washington to sabotage the economy.

Opposition lawmakers have blasted companies buying Venezuelan gold or holding it as collateral for loans, saying they are giving Maduro a financial lifeline during an economic and humanitarian crisis.

Aside from the reserves held by the central bank in Caracas, Guaido is attempting to freeze bank accounts and gold owned by Venezuela abroad. This includes 31 tonnes in the Bank of England worth an estimated $1.3-billion.

Venezuela’s economy is in a sixth year of recession, suffering hyperinflation and shortages of basic goods like food and medicine. Maduro eased restrictions on foreign exchange this year, but the economy remains desperately short of hard currency needed to import goods.

Last week’s operation took place while only high-level officials were present at the central bank’s offices, given that most rank-and-file employees stayed home due to blackouts and water shortages that have plagued Venezuela in the past month, the government source said.

“They moved gold out while the central bank was in contingency mode,” opposition lawmaker Angel Alvarado said, adding that the bars would be sold abroad, though he did not know the destination.

A similar quantity of gold was removed from the central bank’s vaults in February.

Washington in January asked foreign gold buyers to stop doing business with the Venezuelan government. This prompted Venezuela to cancel a planned sale of 29 tonnes of gold to the United Arab Emirates.

But in February and March the central bank continued to authorize the movement of gold, the government source said, adding that it was aiming to sell small quantities.

Earlier this year, Abu Dhabi investment firm Noor Capital said it bought 3 tonnes of gold from Venezuela on Jan. 21, but would not buy more until the situation in the country stabilized.

And in March, Ugandan authorities said they were investigating the country’s biggest gold refinery over imports of an estimated 7.4 tonnes of gold – valued at around $300-million – after state-run media reported it could have originated from Venezuela. 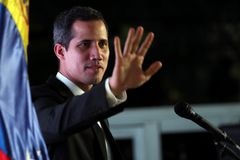 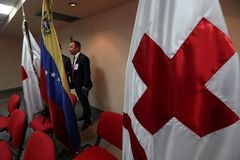 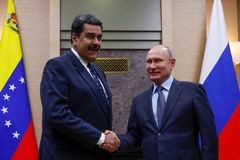