Citigroup Inc. plans to sell several tons of gold placed as collateral by Venezuela’s central bank on a $1.6 billion loan after the deadline for repurchasing them expired this month, sources said, a setback for President Nicolas Maduro’s efforts to hold onto the country’s fast-shrinking reserves.

Maduro’s government has since 2014 used financial operations known as gold swaps to use its international reserves to gain access to cash after a slump in oil revenues left it struggling to obtain hard currency.

In the past two years, however, it has struggled to recover its collateral.

Under the terms of the 2015 deal with Citigroup’s Citibank, Venezuela was due to repay $1.1 billion of the loan on March 11, according to four sources familiar with the situation. The remainder of the loan comes due next year.

Citibank plans to sell the gold held as a guarantee - which has a market value of roughly $1.358 billion - to recover the first tranche of the loan and will deposit the excess of roughly $258 million in a bank account in New York, two of the sources said.

The ability of Maduro’s government to repay the loans have been complicated by the South American country’s dire economic situation as well as financial sanctions imposed by the United States and some European nations.

Most Western nations say that Maduro’s re-election to a six-year term last year was marred by fraud and have recognized opposition leader Juan Guaido as Venezuela’s legitimate president.

Guaido invoked Venezuela’s constitution to announce an interim presidency in January. However, Maduro retains control over state institutions in Venezuela and has the support of the powerful military. He has branded Guaido a U.S. puppet.

With Washington’s support, Guaido’s team has taken control of state oil company PDVSA’s U.S. refining subsidiary but its attempt to negotiate a 120-day extension of the repurchase deadline for the collateral was unsuccessful, the sources said.

“Citibank was told that there was a force majeure event in Venezuela, so the grace period was necessary, but they did not grant it,” said one of the sources, who belongs to Guaido’s team.

A Venezuelan government source familiar with the matter confirmed that the country’s Central Bank did not transfer the money to Citibank this month.

Citigroup declined to comment. The Venezuelan Central Bank did not immediately respond to a request for information.

In a report presented to the U.S. securities regulator in February, Citibank said Venezuela’s Central Bank had agreed four years ago to buy back in March 2019 a “significant volume of gold” as part of a contract signed to obtain some $1.6 billion. Citibank said that, following the transaction, it owned the gold.

Guaido is attempting to freeze bank accounts and gold owned by Venezuela abroad, much of which remains in the Bank of England.

At the end of 2018, the Central Bank paid investment bank Deutsche Bank AG about $700 million to recover ownership of a portion of gold used as collateral for a loan.

However, the bullion remained in the custody of the Bank of England, despite the Central Bank’s request to repatriate it. In light of that transaction, the sources said there was no incentive for the Central Bank to repay Citibank.

Guaido’s team also began preparing this month for a possible debt restructuring in a bid to ease payments and stop any hostile action by creditors, said two sources who took part in the discussion.

In meetings between members of Guaido’s team with legal advisors in the United States, there were discussions of starting renegotiations soon not only with Venezuelan bondholders, but also with the Chinese and Russian governments and companies affected by a wave of nationalizations, said the sources.

“We want to address the debt in a comprehensive way. We calculate that it totals $200 billion,” said one of the sources.

The Citgo refinery unit, Venezuela’s main asset abroad, is under scrutiny because it serves as a guarantee for the issuance of a PDVSA bond and a loan from Russian oil company Rosneft.

Guaido’s advisers are also evaluating the payment in the coming weeks of around $72 million in interest coming due on PDVSA’s 2020 bonds to avoid any action by creditors against Citgo. 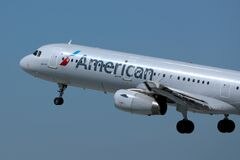 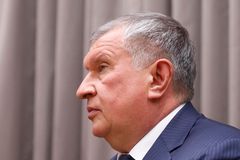 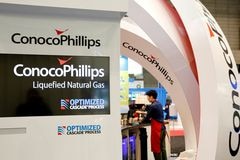