U.S. sanctions on Venezuela’s oil industry have made winners out of Royal Dutch Shell Plc and BP Plc, Gulf of Mexico offshore heavyweights, as refiners in need of substitutes are scooping up oil produced in the region.

Those two companies produce notable amounts of crude oil that refiners have settled on as the immediate replacement for the heavy Venezuelan crude that U.S. refiners relied on for years. Trading volumes in these grades of oil have surged to the highest in months, and prices touched five-year peaks after sanctions were imposed.

U.S. production has surged to a record 12 million barrels a day, but less than 5 per cent of that is heavy oil. The sanctions have hamstrung refineries in the United States, as many giant Gulf Coast facilities need heavier oil to produce high-margin refined products like diesel and jet fuel.

Heavy crude accounts for nearly two-thirds of U.S. oil imports. Of that, Venezuela’s oil accounted for 10 per cent of heavy crude imports in 2018 and about 13 per cent in 2017, according to U.S. Energy Department figures.

“We’re buying more Mars for the current time,” said Marathon Petroleum Corp Chief Executive Gary Heminger. Marathon, one of the nation’s largest refiners, was not a major importer of Venezuelan crude. “Since we’re exporting so much in the light sweet crude markets, you’re going to have to bring in more medium sours.”

Shell operates the most Gulf platforms and BP has the highest volume of output from the region, according to figures provided by the companies. Representatives from the companies would not explicitly link the recent boost in sales of offshore crude to Venezuela’s sanctions, though they did acknowledge the market’s interest.

“We do understand that Mars crude is perceived well in the market right now. We’re happy for that and we take advantage of that,” said Rick Tallant, Shell’s vice president of deepwater Gulf of Mexico production.

Production in the Gulf of Mexico rose to a record 1.7 million barrels a day in 2018, and is expected to exceed 2 million bpd in the fourth quarter, according to U.S. Energy Department figures.

Sanctions have intensified the need for the oil that is being pumped out of these vast fields. Gulf production averaged 1.89 million bpd in March, up nearly 145,000 bpd from February, said Jodi Quinnell, oil analyst at Genscape.

Mars generally refers to a medium sour grade of oil produced from the Mars platform, a joint venture between majority owner Shell and BP located about 210 kilometres off the coast of New Orleans.

Refiners including Valero Energy Corp and Marathon have been scooping up Mars from Shell’s trading unit in the weeks following the sanctions, sources familiar with the deals said. Other refiners, such as Phillips 66, were also seen buying Southern Green Canyon (SGC), a grade similar to Mars, from Shell.

Trading in those grades has surged. Volumes in the Argus Sour Crude Index (ASCI), a tool reflecting prices of three U.S. deepwater sour crudes including Mars, rose to 614,036 contracts for February, the most in nearly a year, data from price reporting agency Argus Media show.

Volumes in Mars for February delivery rose to 410,536 contracts, the highest since August 2018, the data showed.

Prices of other offshore grades such as Thunder Horse, Bonito and SGC also surged to the highest in five years after sanctions took effect.

In an auction of federal offshore leases this week, Shell submitted the most high bids for Gulf leases, winning 87 tracts of land valued at more than $84 million. BP grabbed the third-most parcels, winning 23 parcels priced at more than $15 million.

Both Shell’s Tallant and BP’s regional president for the Gulf of Mexico and Canada Starlee Sykes each said their company is continuing to actively invest in the Gulf, where they say crude can be produced at levels that were cost-competitive with that from shale formations.

With several new projects slated to come online as soon as this year, U.S. refiners could replace a good deal of heavy and medium-crude imports with Gulf barrels, said Sandy Fielden, director of commodities & energy research at Morningstar.

“Because of their proximity and ease of access to this market, Gulf producers have a natural advantage selling new output to Gulf Coast refiners,” he said. 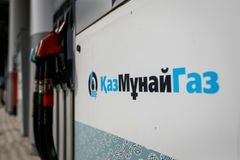 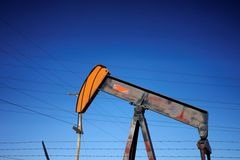 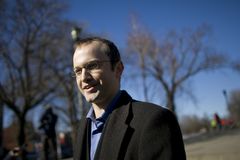