As businesses across all industries collect vast quantities of personal information for artificial-intelligence applications, a unique law firm in Toronto wants to help them make the best use of that data without crossing legal or ethical boundaries.

Carole Piovesan left a senior role with McCarthy Tétrault LLP’s data and privacy group last March, teaming up with long-time health privacy lawyer Mary Jane Dykeman to start INQ Data Law. The pair met at a conference, bonded over their shared passion for the world of data policy, went for breakfast together and within 90 minutes decided to launch the firm.

Now, less than a year after its debut, INQ has recruited three other lawyers, including recent hire Noel Corriveau, who is leaving the federal government after a high-profile role developing AI policy at the Treasury Board. He will put that experience to work on one of the firm’s main areas of focus: Marketing a framework for the responsible use of AI technology.

“The starting premise is that a lot of companies are nervous to experiment with AI systems,” Ms. Piovesan says, adding that laws around data use are “fluid and changing and being interpreted all the time." That makes it difficult for businesses to know what exactly they can do with technology such as machine-learning algorithms without raising concerns about personal privacy or the potential for bias.

In an example of an AI system running amok, a Reuters report from 2018 said Amazon.com Inc. shut down a program that used machine learning to scan and rate the resumés of potential recruits. The report said the company stopped using the tool after it determined that the software favoured male applicants because it had been trained to look at resumés submitted over the previous 10 years, most of which came from men.

Concerns about bias could also arise if AI tools that deal with sensitive issues – such as credit ratings or immigration decisions – are not designed carefully.

The firm markets its AI framework to companies and government agencies, particularly targeting those that work in highly regulated sectors such as financial services, health care or insurance. It also seeks out companies that are actually building AI technology and who want to offer their own customers the reassurance that they have thought through some of the thornier issues around its use.

Ms. Dykeman is also a partner in a small health law firm, Dykeman & O’Brien LLP, that she describes as a “sister” firm to the one she launched with Ms. Piovesan. INQ also advises clients on privacy law and cybersecurity.

Over the course of more than a decade with the federal government, working at both the Department of Justice and the Treasury Board, Mr. Corriveau began to focus on developing AI policy. At one point he worked on a small team under Canada’s former chief information officer, Alex Benay.

The group attracted international interest for building an algorithmic impact assessment tool, meant to assess the potential risk of AI programs before the government deploys them. The project was noteworthy in part because the team developed it using open-source methods, allowing anyone from around the world to go online and see the work being done or even put the tool to use themselves.

Mr. Benay left government for an AI startup, Mindbridge Analytics Inc., in August and shortly after that he moved on to consulting giant KPMG LLP.

Mr. Corriveau said his former boss “empowered us to really be aggressive in our change agenda,” and his decision to leave government was tied in part to Mr. Benay’s departure. “I’m very interested now in changing gears and working with INQ to keep driving that change, but in a way that responds to client demands," said Mr. Corriveau, who starts on Feb. 3.

Opinion
Closing the back door of data privacy
July 18, 2019 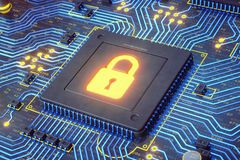 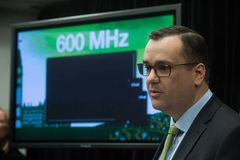 Explainer
Sidewalk Labs’s vision and your data privacy: A guide to the saga on Toronto’s waterfront
June 24, 2019 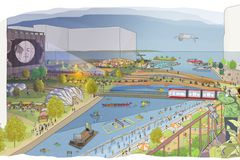 Follow Christine Dobby on Twitter @christinedobby
Report an error Editorial code of conduct
Due to technical reasons, we have temporarily removed commenting from our articles. We hope to have this fixed soon. Thank you for your patience. If you are looking to give feedback on our new site, please send it along to feedback@globeandmail.com. If you want to write a letter to the editor, please forward to letters@globeandmail.com.
Comments