BDO Canada LLP has agreed to pay a $3.5-million fine as part of a settlement with the Ontario Securities Commission, admitting it did not properly audit two mutual funds later found by the regulator to be fraudulent.

The fine stems from BDO’s auditing of mutual funds offered by Crystal Wealth Management Systems Ltd., a Burlington, Ont.-based investment company that was later found by the OSC to have overstated the value of its assets – which Crystal Wealth had claimed were worth $193-million across 15 funds.

In 2017, Crystal Wealth founder and chief executive Clayton Smith admitted in a settlement with the OSC that he fraudulently managed two of those funds, Crystal Wealth Media Strategy and Crystal Wealth Mortgage Strategy. The funds were valued at $50-million and $40-million, respectively.

On Friday in a hearing before an OSC panel, BDO agreed that, when it signed off on the financials of both funds in 2014 and 2015, it did so without completing the necessary controls. The accounting firm, which has 125 offices across Canada, also acknowledged it did not have “sufficient appropriate audit evidence” of the existence of the funds’ assets, nor did it exercise “sufficient professional skepticism” when reviewing the funds’ records.

The securities regulator has not often taken action against accounting firms, but the settlement is not without precedent. In 2014, Ernst & Young LLP agreed to an $8-million settlement with the OSC for failing to catch problems with two publicly listed companies with operations in China, one of which was Sino-Forest Corp.

“This settlement holds BDO accountable for failing to adequately carry out its role as a gatekeeper,” Jeff Kehoe, the OSC’s director of enforcement, said in a statement.

At Friday’s OSC settlement hearing, Doug McLeod, a lawyer for BDO, said it was noteworthy that the case against BDO did not include allegations of systemic failure. The problem was isolated to one audit team in one field office, Mr. McLeod said.

In an e-mailed statement late Friday, BDO said it has made “continuous efforts to improve our audit policies and procedures to prevent reoccurrences of a matter such as this.”

In 2017, the OSC placed Crystal Wealth into receivership after it failed to submit audited financial statements for the previous year. Receiver Grant Thornton Ltd. has also sued BDO as part of its efforts to recover funds for Crystal Wealth’s 1,250 investors.

At Friday’s hearing, OSC lawyer Anna Huculak revealed that the regulator intends to redirect $2.5-million from BDO’s fine to Crystal Wealth investors. That payment is contingent, and part of, an expected settlement between BDO and Grant Thornton that has yet to be finalized in court, Ms. Huculak said. Simon Bieber, the lawyer for the receiver, said he could not comment on the proposed settlement.

The $2.5-million is a rare win for Crystal Wealth investors, who have received a spate of bad news about their recovery prospects. The receiver has recovered $65-million, but in its last report to the court, Grant Thornton said it had “significant concerns over the quality and ultimate collectability of approximately $50.25-million.”

On Jan. 8, an Ontario court declined to certify a proposed class action brought by Crystal Wealth investors against BDO – a necessary step to proceed with such a claim.

Ontario Superior Court Justice Paul Perell ruled that Crystal Wealth’s investors cannot proceed with a class action because they failed to meet one of the five tests for certifying such an action – what the courts refer to as having a proper “cause of action.”

Mr. Bieber, the receiver’s lawyer, is also the lawyer for the investors in the proposed class action, and said investors will appeal Justice Perell’s ruling.

Bob Tompson, a Crystal Wealth investor in Enderby, B.C., said in an interview that the proposed class action had given him hope, and that the certification decision was like a “kick in the teeth.” Mr. Tompson, a retired mechanic and heavy equipment operator, and his wife invested $207,000 in two Crystal Wealth funds. The couple has received back about $55,000, he said.

As part of his 2017 settlement with the OSC, Mr. Smith was ordered to pay a fine of $250,000 and was barred from participating in the securities industry. He admitted that Crystal Wealth’s mortgage fund transferred nearly $895,000 to companies owned or linked to him – including a yoga studio owned by his former common-law wife.

Mr. Smith also agreed that Crystal Wealth’s Media Fund, which was supposed to “generate a high-level of interest income” from loans to film and television production companies, made several investments with media firms, which in turn, made transfers back to Mr. Smith or companies linked to him totalling $2.9-million.

In its efforts to recover money for investors, the receiver questioned Mr. Smith in 2018. When asked what he was doing for a living, he said he was working part-time with his brother as a roofer.

Investors with Crystal Wealth Management to learn if class-action against BDO can proceed Subscriber content
January 6, 2020 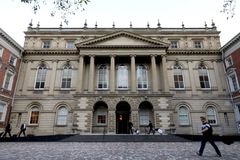 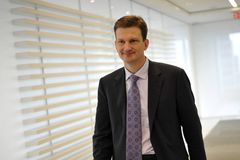 Follow Greg McArthur on Twitter @McarthurGreg
Report an error Editorial code of conduct
Due to technical reasons, we have temporarily removed commenting from our articles. We hope to have this fixed soon. Thank you for your patience. If you are looking to give feedback on our new site, please send it along to feedback@globeandmail.com. If you want to write a letter to the editor, please forward to letters@globeandmail.com.
Comments