At Budweiser Stage on Tuesday, on Judaism’s holiest night of the year, Wilco leader and convert to the faith Jeff Tweedy expressed his dissatisfaction over performing on Yom Kippur. “This is the last time we’re going to let the goys make the touring schedule,” quipped the group’s front man and chief songwriter. It was one of the few times Tweedy addressed the audience with anything other than restful melodies, a strummed folk-rock guitar and lyrics that mostly comforted but sometimes – “Impossible Germany, unlikely Japan” – perplexed. Then again, on an October outdoor-concert evening, Tweedy had us at toque.

The performance, to a dad-rock crowd that didn’t come close to filling the venue’s 9,000 or so seats, was the first on the Chicago-based band’s tour in support of its 11th album, the appropriately titled Ode to Joy. Led by the winter-hat enthusiast Tweedy, the six-piece Wilco began its 26-song show with the opening tracks to the just-out LP. Both Bright Leaves and Before Us fit Tweedy’s general description of the album’s material: “Big, big folk songs,” he says in the liner notes, “these monolithic, brutal structures that these delicate feelings are hung on.”

More of those delicate feelings were on display with the following number, 2002′s I Am Trying to Break Your Heart. It is a poignant confession and expression of regret, perhaps from an aspiring poet: “I am an American aquarium drinker; I assassin down the avenue/I’m hiding out in the big city blinking; What was I thinking when I let go of you?”

The soft ballad made its way to its freakier, noisier conclusion. It’s the kind of exercise in dynamics and ambitious juxtaposition Wilco does occasionally and better than most. We heard it on the murder ballad Via Chicago, from the 1999 album Summerteeth, which was gently downcast until it erupted into bursts of something wilder – imagine fireworks at a funeral.

Handshake Drugs, from 2004’s A Ghost is Born, ambled tunefully and bopped good-naturedly until it ended in a storm of electric-guitar feedback from the amplifier of lead guitarist Nels Cline. Somewhere Neil Young cocked his ear to the sound, as a wolf would to a distant howl from another of its kind.

Although Cline is a gifted, inventive player, he’s not let out of his cage much with Wilco. Often he would vibrate his guitar violently, shaking notes free from his instrument where other guitarists might squeeze them out.

As for Tweedy, he has never hid his affection for the simple melodic notions of John Lennon. More than one track from Ode to Joy recalls the mellower moments of the Beatles’ White Album, specifically John Lennon’s Julia and George Harrison’s Long, Long, Long.

The concert ended with a two-song encore that acknowledged people who came before. California Stars uses lyrics written by Woody Guthrie and The Late Greats is a lament for lost songs that will never get sung.

Wilco now heads east for dates in Boston, New York and Washington, but not before a night off on Wednesday, which would have been Lennon’s 79th birthday. There’s holy, and then there’s holy. 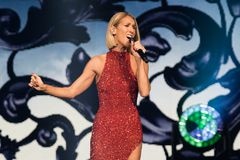 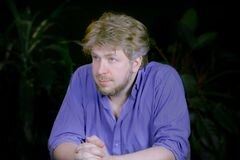 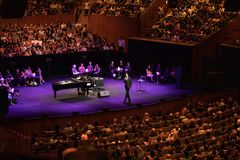 Follow Brad Wheeler on Twitter @BWheelerglobe
Report an error Editorial code of conduct
Due to technical reasons, we have temporarily removed commenting from our articles. We hope to have this fixed soon. Thank you for your patience. If you are looking to give feedback on our new site, please send it along to feedback@globeandmail.com. If you want to write a letter to the editor, please forward to letters@globeandmail.com.
Comments